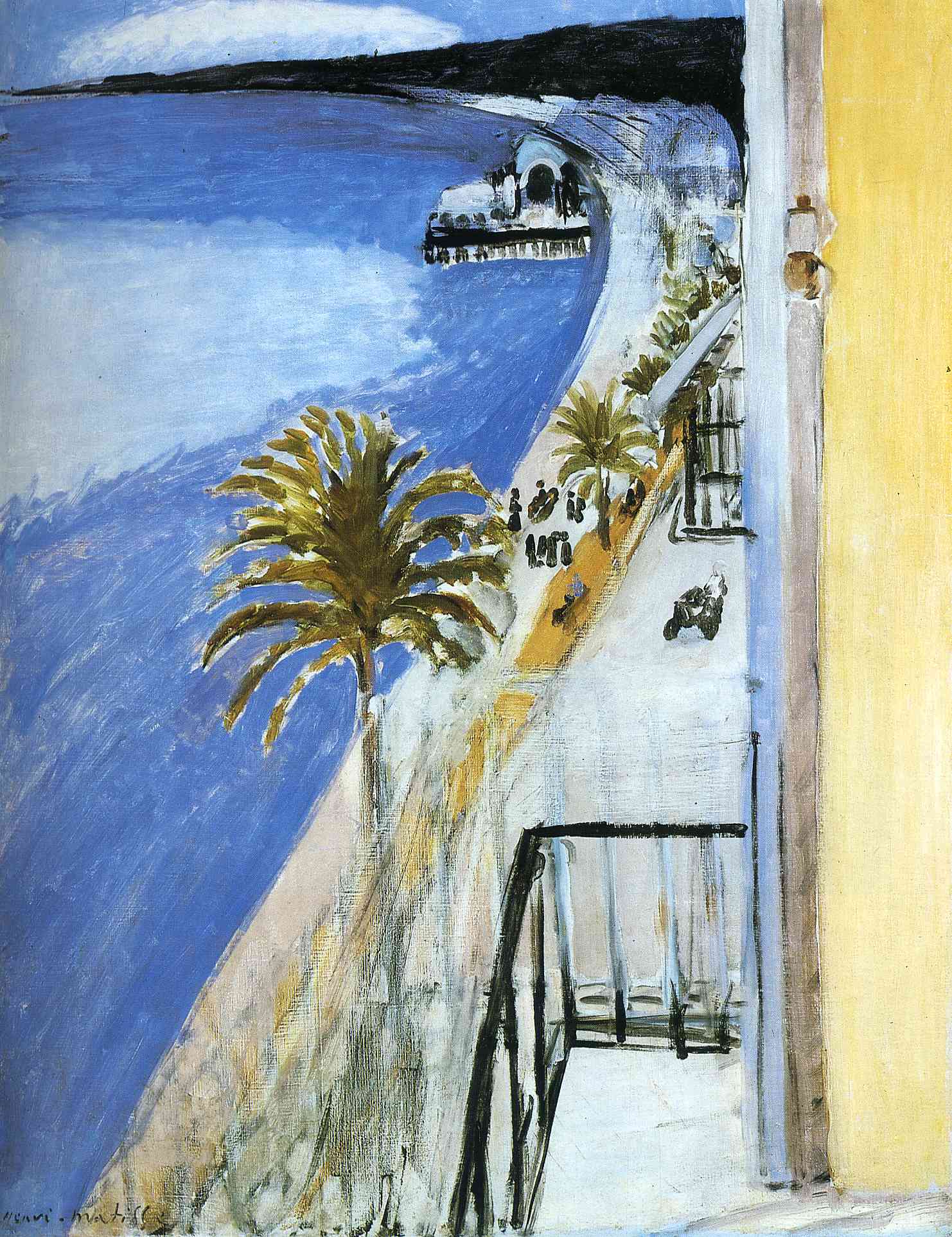 Pinned on the wall in front of my desk is a postcard of Matisse’s Bay of Nice. It’s a surprising image, because it initially looks like what it is – an artist creating a postcard image of a lovely seascape – but soon enough – you begin to realize that there’s something else going on here. Nothing in this image is constant, nothing is settled or comforting – everything is change and process. Henri rebuilds that hotel balcony – a few times – right before our eyes. He’s scratched it out, wiped it away, scraped it right down to the canvas and then built it back into being.
So much indecision makes it hard for us to easily accept the reality within the image. But by pushing us to see through his impossible adjustments we begin to experience this particular moment in time.
Matisse abstracts the real, because his memory is unsure and imperfect. He can’t remember exactly what he’s seen even as he’s seeing it. The act of painting recreates his uncertainty. It’s almost as if the balcony – the object Matisse is fighting with – was having trouble presenting itself to be seen. As the balcony creates its own reality it’s also forming itself on the surface of the painting. For Henri the real exists through the collaboration of forming objects and gathers itself into being just slightly behind the present moment.
“Génération perdue…”

The other postcard haunting the studio desk is by Picasso. He painted it the year that he died. It’s a Mousquetaire, and it has all the things you’d expect of those amazing late paintings. But it’s very different than Matisse’s image. Where Matisse paints his doubt Picasso is always moving toward surety, even as he over paints and revises the image – wet into wet – the image is fast and available. What’s great is that this figure sits off-center – it pushes left, and Picasso fixes that improvised clumsiness with the weird slippery geometry on the right. He hasn’t time to make the image perfect – his vision arrives too quickly. Pablo’s idée fixe, the surety of his memory, makes every decision on that canvas real, every image true. He creates this moment.
I have a vision of shirtless Pablo in his loin cloth shorts and sandals, a thuggish Mediterranean primitive, using and abusing the mythology of the Côte d’Azur. This particular Mousquetaire with his ridiculous hat and those massive heavy hands sits waiting for something – waiting to do something. He looks out at us – unblinking – certain and hard – fixing us squarely within the swirling reality of the image. Pablo doesn’t allow us a moment for doubt or reflection – we know exactly what’s about to happen. Time has run out. For our Picasso painting is reality abstracted from a million stolen images.
“À la recherche du temps perdu“…. 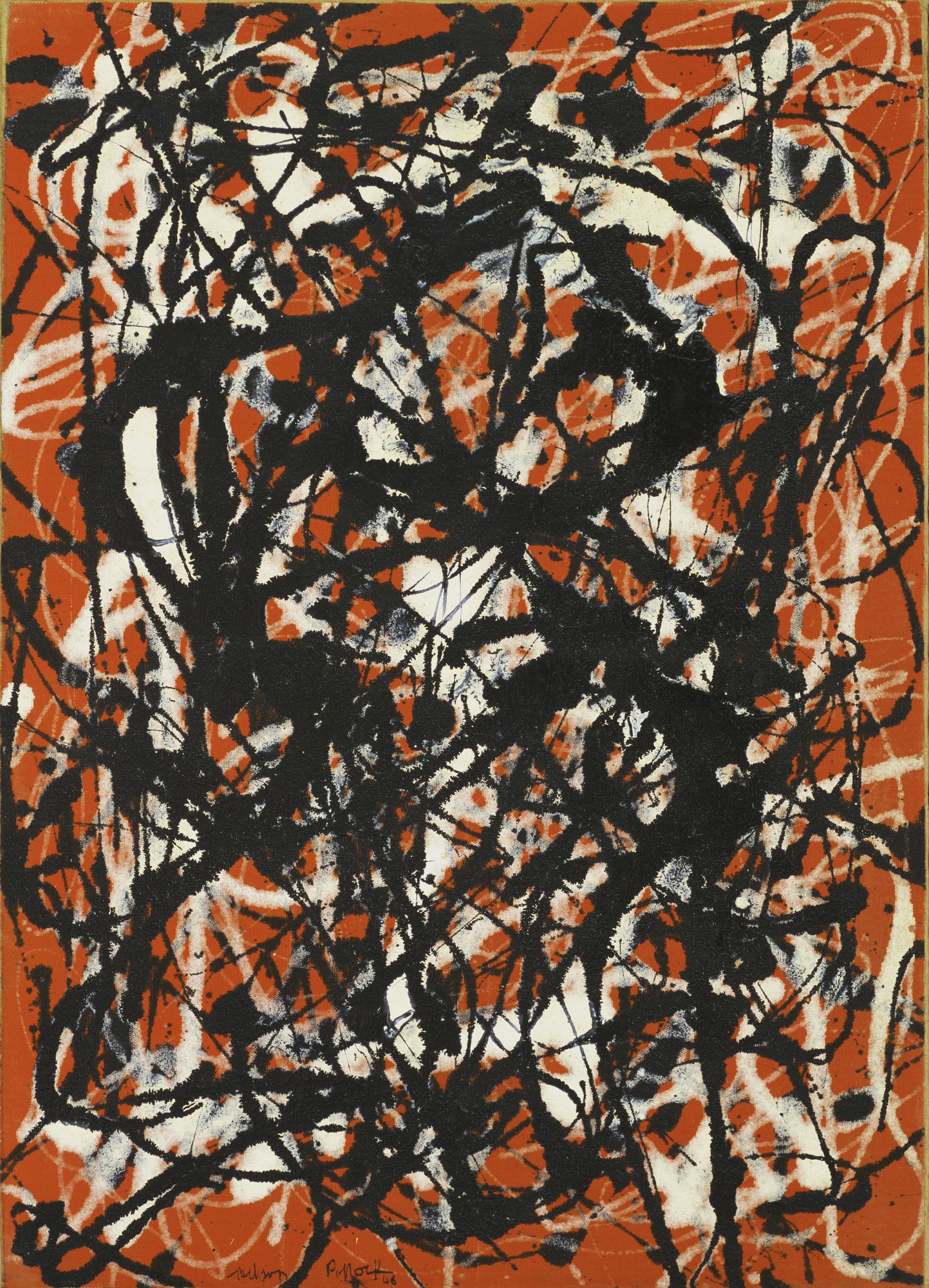 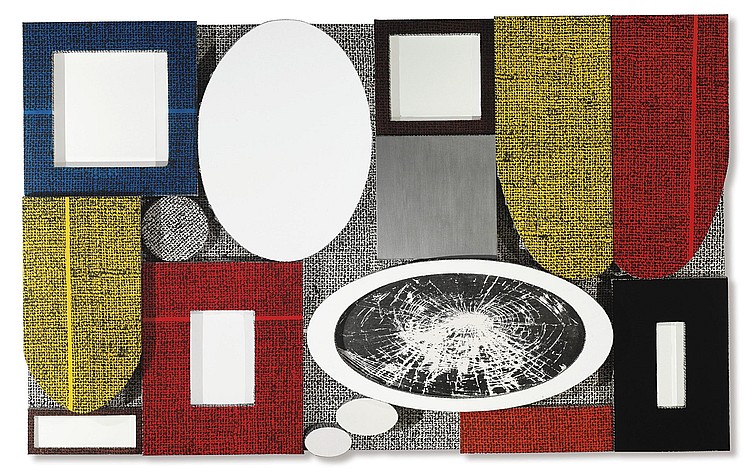