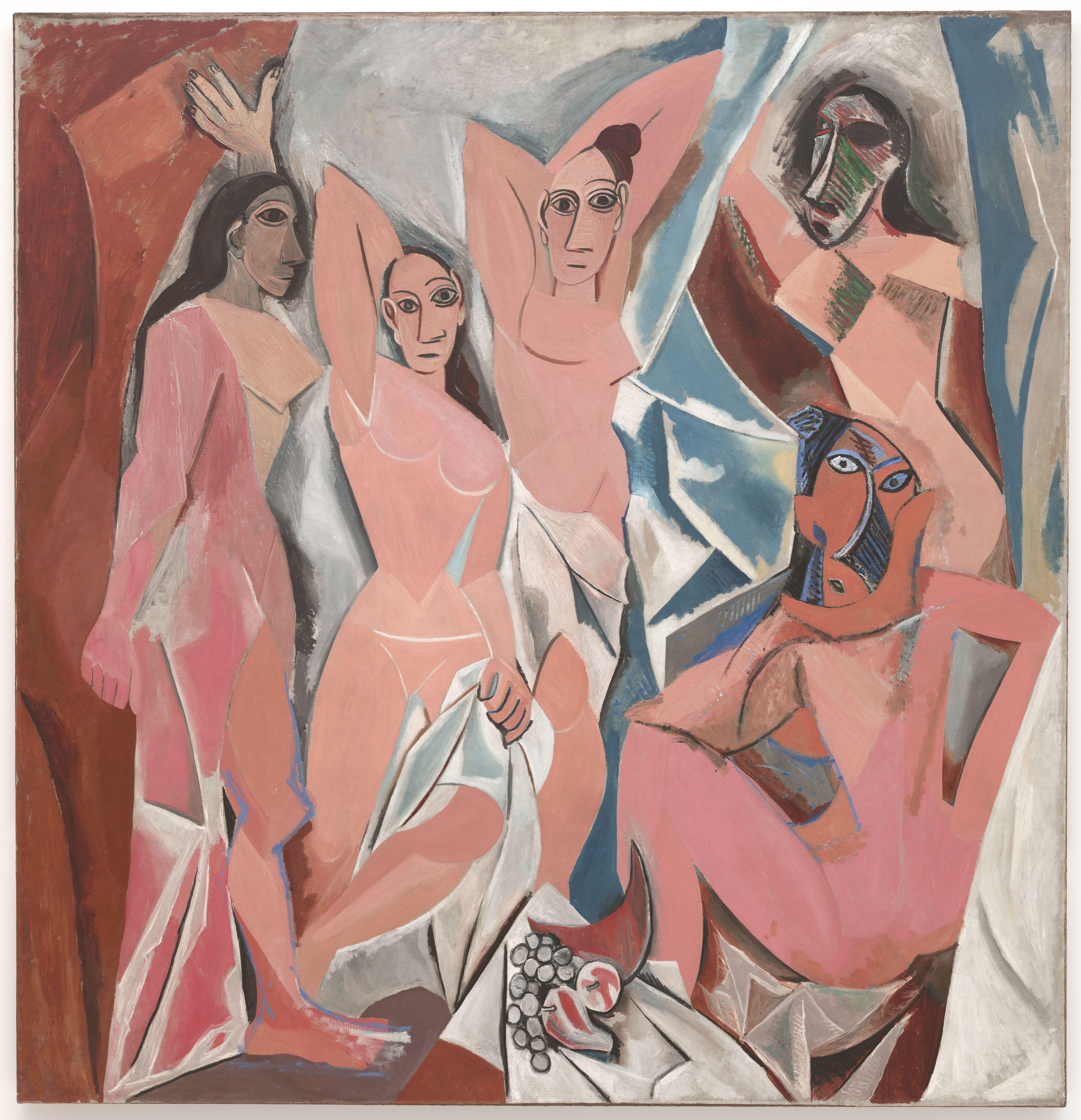 We start with his arrival in Paris, being absolutely stunned and bewildered by ‘gay Paris’ and the incredible life, the wonderful liveliness he discovers there. Then he starts to live in Paris and it becomes much more difficult; more real. He becomes involved with, and pays attention to, the people around him and their lives, which are very hard. Even though – as you can see from the paintings – he frequents with people from the circus, it’s not all amusement. The only thing that really gives him a sense of affirmation is his work. And work is not easy either because breaking away from a decorative, easy way of painting – as he wished to do – is a hard job. A big, big job.
…Then a little bit later Picasso runs into ‘primitive art’ and this gives him a clue to the fact that you don’t need necessarily to imitate nature, you just need to express what it can be, and what the essential elements are: the vision, the sound, maybe the smell; the senses and the sexual aspect of things. And I think that’s what happens when, all of a sudden, at the end of the show, you see that he has found ‘Picasso’. After all this dry, minimal kind of painting, he has found Picasso. And this is a great achievement because this is going to revolutionise everything in art as we see it now. Because all of us today see as Picasso sees when he becomes ‘Picasso’. It’s a different world, a different thing. It kicks in everything – it kicks in beauty, kicks in the academy, the beauty standards of the academic world, and it goes on from there. And then because he’s knocked everything down, he has to reconstruct it, and from this point onwards he’s constructing art ‘after Picasso’, and that’s the next step. And he spent his life doing that. [Claude Picasso on Pablo Picasso]

Picasso (Spanish, 1881–1973) began making sketches and preparatory studies for Les Demoiselles d’Avignon in the winter of 1906–07, producing hundreds over the ensuing months before arriving at the final composition in the summer of 1907. Combining Picasso’s interest in the classical nude and antique Iberian statuary with his newfound passion for African art, the composition’s asymmetrical, angular figures and flat, splintered planes were rendered in clashes of color and style.
The eight-foot-square canvas created an enormous stir among visitors to Picasso’s studio. Dealers, critics, friends, and fellow artists such as Henri Matisse and André Derain reacted to the painting with shock, incomprehension, anger, or laughter. Picasso did not title the painting; it was referred to as The Philosophical Brothel until a friend of the artist, the writer André Salmon, entitled it Les Demoiselles d’Avignon on the occasion of its first public exhibition, the 1916 Salon d’Antin in Paris. [MOMA Picasso press release]

In 1910, while Pablo Picasso was summering at Cadaqués, Spain, he made a small group of strange pictures that looked unlike any that had preceded them. Leaving behind the hillsides of reversible cubes that he had made the previous year in Horta, he now worked in an idiom that seemed closer to a diagram. His new paintings featured angled planes defined by linear scaffolding that shifted across the work’s surface. Only the faintest traces of the structure of the female figure or still life named in the pictures’ titles were discernible within. “The Cadaqués images are so difficult to decipher,” wrote Picasso’s biographer John Richardson, “that even the artist sometimes forgot what a particular image represented.” These works seem abstract in all but name.
Picasso’s dealer Daniel-Henry Kahnweiler could not reconcile himself, it seems, to the terrifying novelty of these new works: he declared them “unfinished.” The Picasso scholar Pierre Daix has noted that while Kahnweiler had the right of first refusal of Picasso’s paintings, these particular works went to a rival dealer, Ambroise Vollard — suggesting that Kahnweiler had rejected them. And it seems that Picasso himself—the most nimble-minded, radically innovative artist of the first decade of the twentieth century — also struggled with the implications of these works. In a later conversation reported by his wife Françoise Gilot, Picasso asserted that these “pure” pictures required supplements to function as painting. Referring to the fragmented forms of bodies, musical instruments, and words that began to appear in the Cubist pictures he made immediately after his sojourn in Cadaqués, he explained, “I painted them in afterwards. I call them‘attributes.’ At that period I was doing painting for its own sake. It was really pure painting, and the composition was done as composition. It was only towards the end . . . that I brought in the attributes.” In the works that followed those almost abstract images made in Cadaqués, Picasso incorporated the shattered forms of representation as if to tether his paintings securely to the world of things. Failure to do so, it seems, threatened painting itself. He would later declare that abstraction was impossible: “There is no abstract art. You always have to begin with something. Afterwards you can remove all appearances of reality, but there is no danger then, anyway, because the idea of the object will have left an indelible mark.” [Picasso Inventing Abstraction] 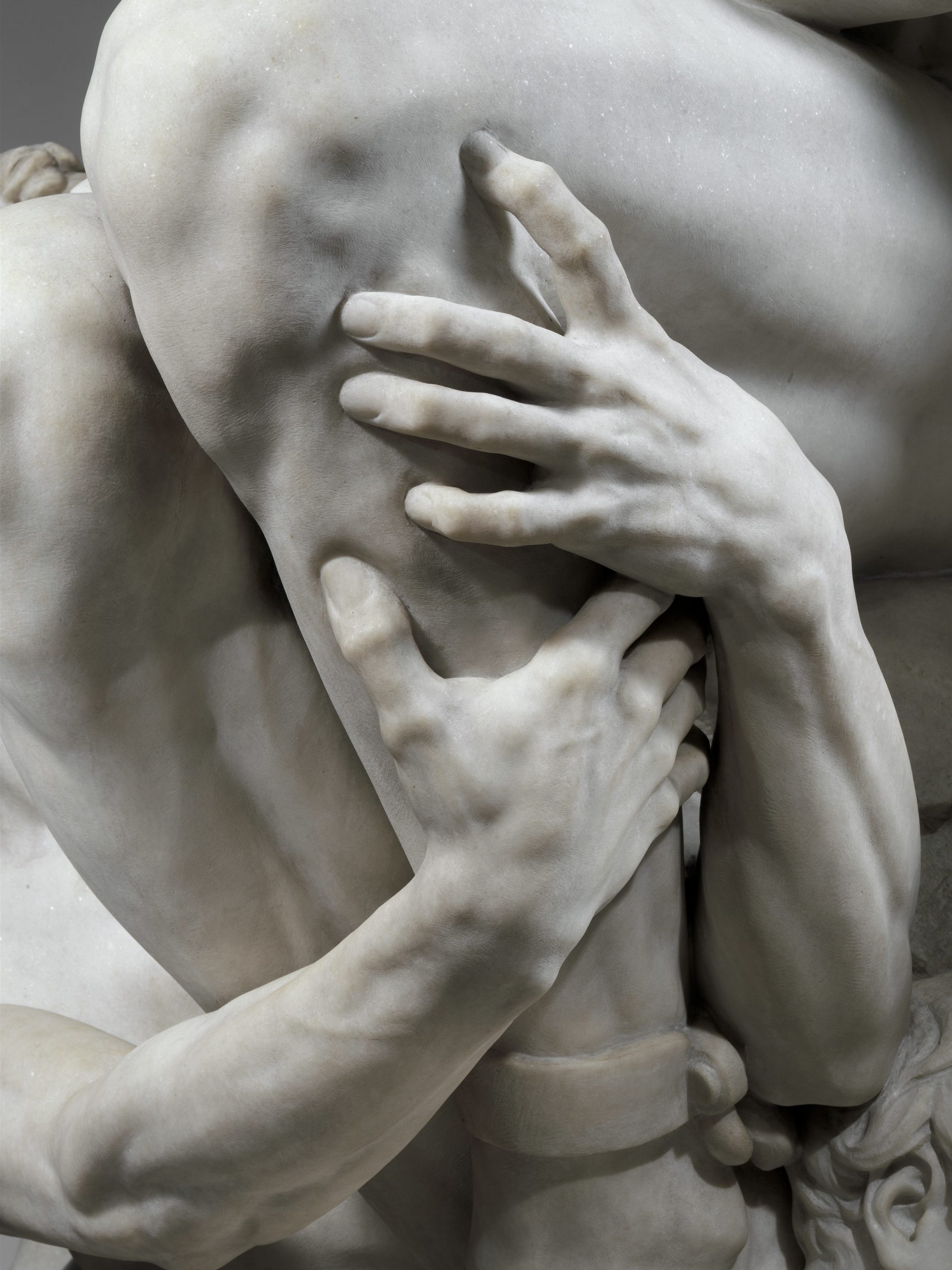 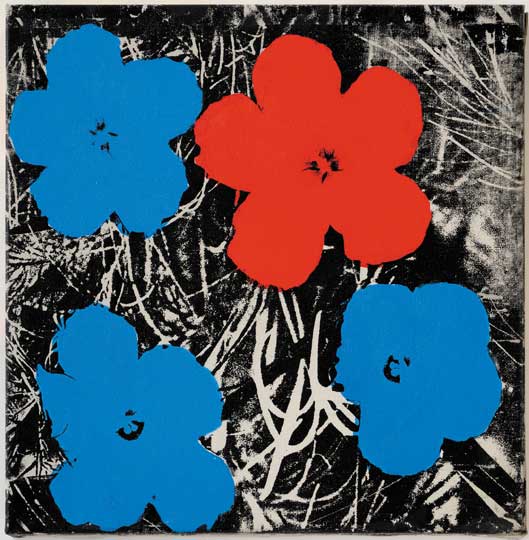 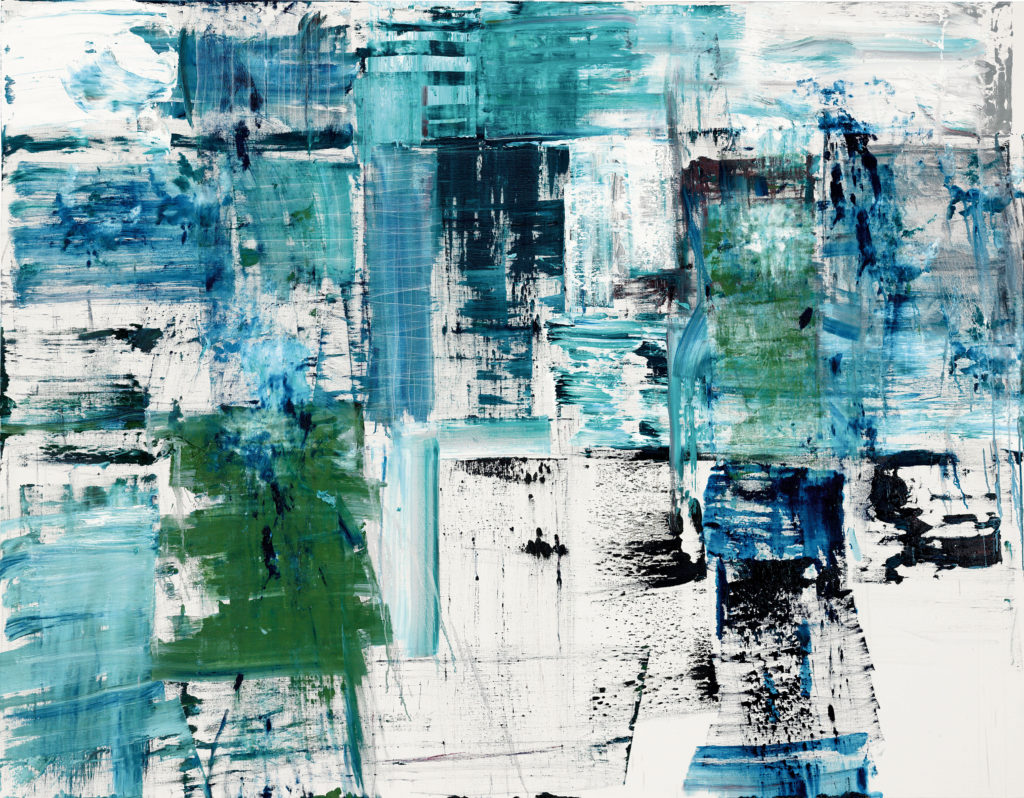