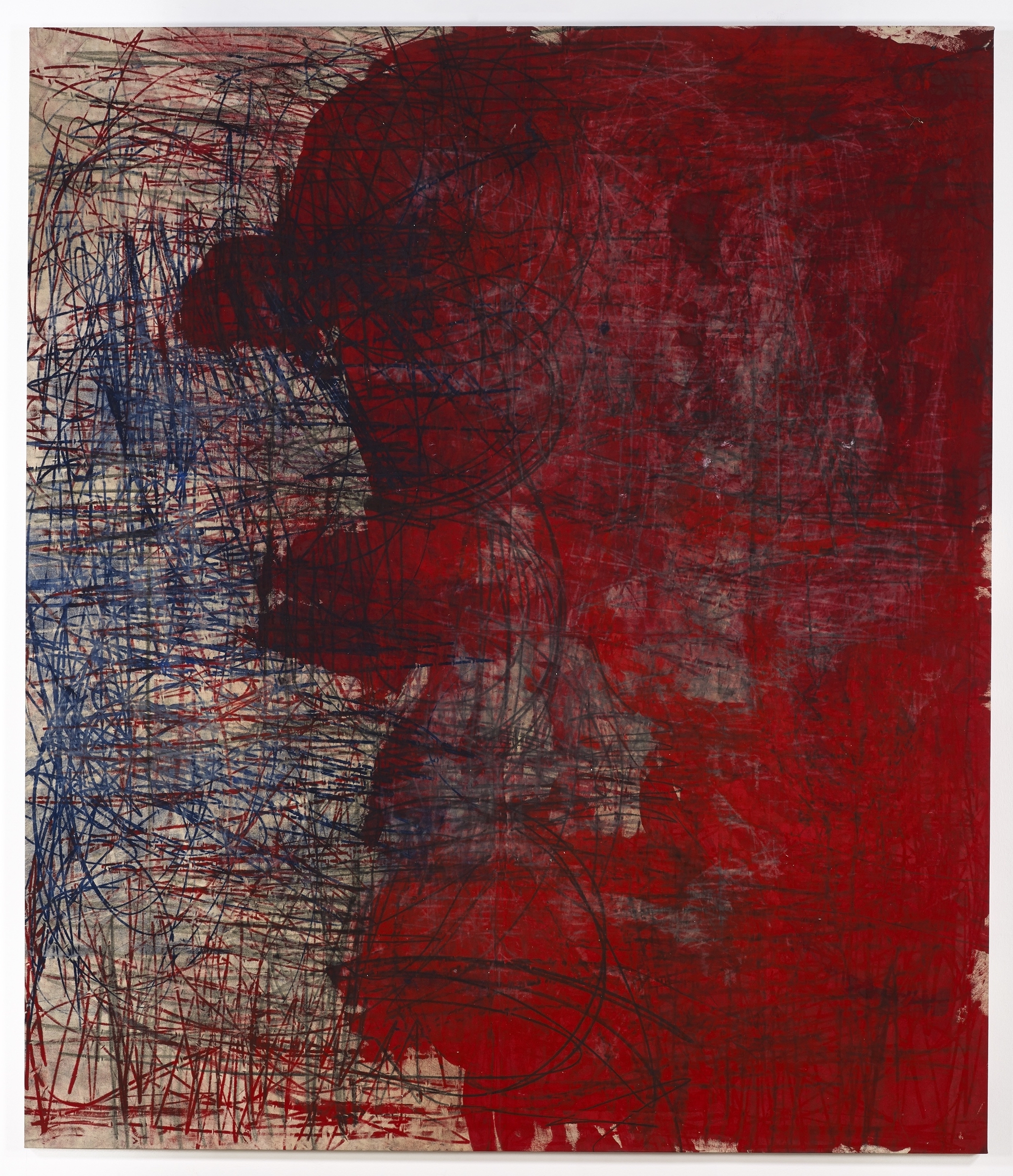 “I would like to also insist on my feeling that the art must be considered first, and that only after that can we consider why and how the market has seized upon this kind of art. The market likes to categorize the work as “abstract painting” because that gives it an art historical lineage, but in reality the work is not only about so many more things, which I plan to address with you, but, even with regards to art history, it provides a simulation, rather than a loving recapitulation of late modernist non-compositional tropes like process, the grid, and the monochrome. Few of the artists are actually applying paint to canvas so as to actively compose a painting. That idea of painting, the very conception of it that for centuries placed it at the top of both academic and avant-garde hierarchies, still held so much power in the 1960s into the early 1970s that the work of so-called minimal painters like Jo Baer, Brice Marden, and Robert Ryman was based in part on the undoing of that idea of painting’s supremacy.” [Alex Bacon in conversation with Jarrett Earnest]

The nineties were a time of great consolidation for abstract painting and that decade laid the ground work for much of the abstract painting that we see today. A quick history – by 1965 abstract painting had become a kind of dormant art form and the “painting is dead” refrain had taken hold. Then a few interested souls began to rethink this death of painting by looking at the history of Modernist painting in new and critical ways. The idea of painting, of actually making abstract painting, started to become interesting again in the early seventies. Artists like David Reed and Mary Heilmann were expanding on and re-codifying ideas of painting and process. By the mid-eighties new strategies for abstract painting were forming. Artists like Peter Halley and Jonathan Lasker were breaking with Post War American abstraction and looking back to European Modernist strategies. And finally, by the mid-nineties and into the early 21st Century, Conceptual Abstraction had became a fully-fledged institutionalized art form. This abstract painting included a coterie of interesting and challenging abstract painters/artists like Charline Von Heyl and Amy Sillman among many others. But it may very well be Albert Oehlen and Christopher Wool who are the best examples of this kind of abstract painting. These two artists have been successful in concluding the decades long Postmodern conceptual deconstruction aimed at breaking up the Late Modernist Era endgame.

In this post there are a few quoted selections from an interview with Alex Bacon discussing the new sensibility about painting – and it seems to me that this exchange between Alex and Jarrett Earnest is one of the most cogent critiques of the group of younger painters who have followed and benefitted from the conclusion of Postmodern Conceptual Abstraction. I highly suggest you read the entire conversation!

“The fact is that in many cases the paintings aren’t even hung on walls, as often they are laid on floors where people walk on them, or do yoga. Which raises the larger point that for these artists there is not a sense of “Painting,” capital P; it’s not like neo-expressionism where “Painting” returned in its guise as a high art form to reinstate the humanist values the ’60s neo-avant-garde had supposedly stomped to death. That was a battle of post-modernism. Today painting does not have a privileged, hierarchal value for these artists. With Murillo, for example, you don’t understand the paintings without the larger context of the installation-based work he makes, and the socio-political issues from which it emerges.
Throughout the 20th century a lot of work was animated by “responses,” even though this is a false model because there is always more continuity than initially appears. Nevertheless there was a tension the work was establishing with the work of the past, and that is no longer true. We have been living with post-modernism for so long now that it is as if we are born into irony and pastiche, knowing we are already co-opted. There is no longer any resistance or negation, which is what gave rise to self-referential work in the 1960s. It’s really important to understand that a project of someone like Frank Stella—how to make painting an object or purely flat—is not something that plays anymore because the minute something becomes an object it morphs into something else, and then into something else again—there is no fixity. All art has a chameleon status, or should. Today just to get started is hard—painting is then a readymade focal point, a way to get something off the ground.” [Alex Bacon in conversation with Jarrett Earnest]

To understand the formal activity of the work we have to understand process as a means to an end, though “process” has become for collectors a new form of iconography. For a long time people struggled with how to read abstraction: “What is it about? How do I understand it?” Today I’ve been told, and it seems true, that it is easier to sell this kind of abstraction because people like the fetishized story of the artist’s process—what actually amounts to a lot of banal stuff: this artist had a canvas silver-plated; this artist had this fabric dyed; this artist left this out in the sun. These artists are more like architects or engineers or managers finding experts to help them realize ideas. The majority of one of these artists’ time is not spent putting the gesso on a canvas, but organizing the people who can help him or her execute the work to a certain standard. This has an obvious precedent in the role of fabrication in minimal and conceptual art.
And most of this so-called painting wouldn’t have even stood as painting before; nobody would have looked at the supremely spare surface of a David Ostrowski in the ’60s and said “this is a painting.” They would have said “this is a Dadaist gesture.” It would have had existential connotations. That is why a lot of people didn’t like Yves Klein, because they saw his monochromes as not really “paintings” but as stand-ins for paintings and they felt a lack. Today, of course, the rich, dense surface of a Klein looks uncontroversially like a painting surface. Just as does Ostrowski’s very minimal one. [Alex Bacon in conversation with Jarrett Earnest] 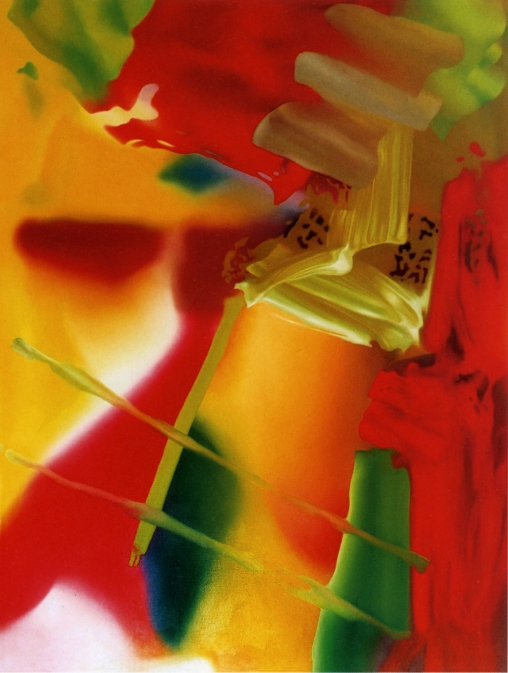 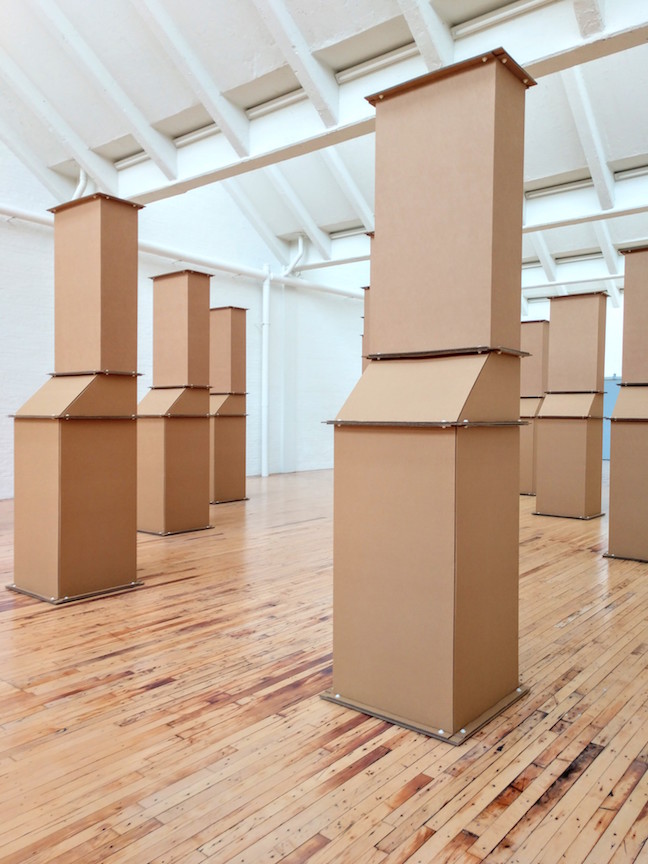 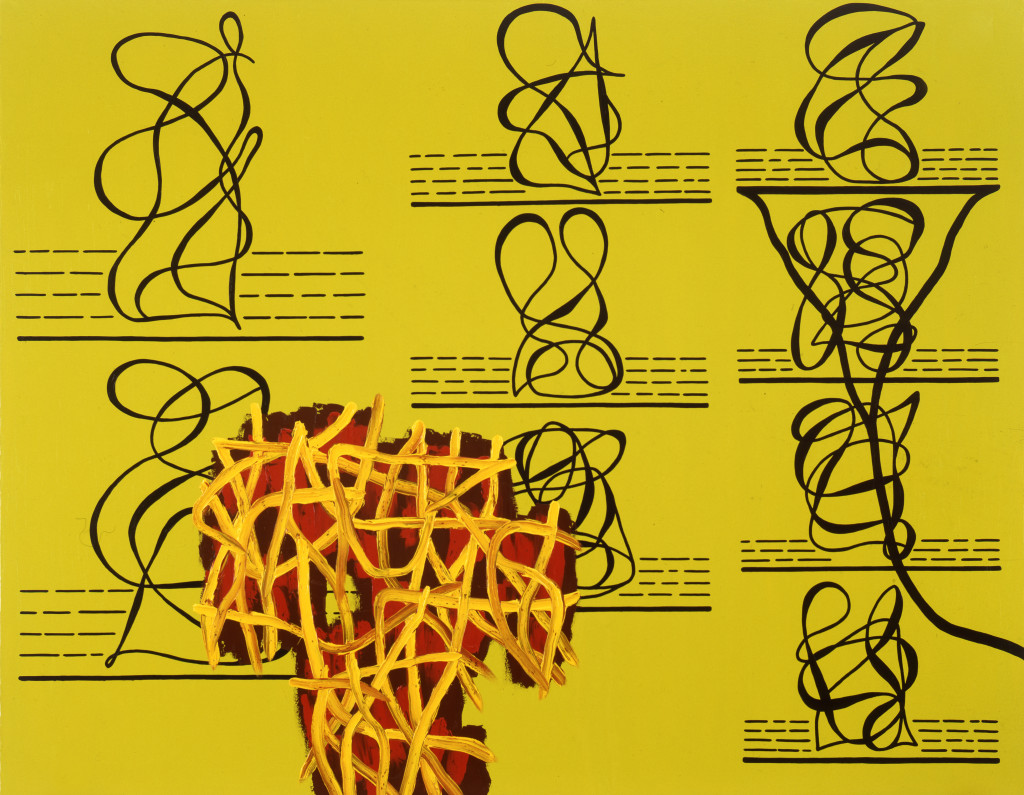