Unlike East 10th Street of 30 years ago, however, where artists’ co-ops struggled without a nod from the larger art world, the East Village has quickly become a brand name that gets attention in art circles everywhere. Two exhibitions of East Village art have already taken place outside New York: in California last November and December there was ”Neo York,” at the University Art Museum, Santa Barbara; while in Philadelphia, ”The East Village Scene” appeared around the same time at the Institute of Contemporary Art, University of Pennsylvania. So portable, in fact, is the scene that in our own Manhattan, it’s not enough that we have the ”live” East Village itself. A package version has now been brought uptown, in a new show called ”57th Between A and D: Selected Artists From the East Village,” at the Holly Solomon Gallery, 724 Fifth Avenue at 57th Street (through Jan. 26). That means we don’t even have to make the hairy trip to, say, East 11th Street, one of the city’s main drug drags, to visit the work in situ. It’s as if 19th- century Montmartre, during its own time, was excerpted for exhibition in a Paris Right Bank gallery under the title of, maybe, ”The Montmartre Experience.” Once upon a time, an artist’s milieu was simply a quarter whose inhabitants could live on the cheap and carry on as they pleased. Nowadays, the milieu itself makes a movement of the art produced there. The show at Holly Solomon presents work by artists from some of the ”leading” East Village galleries, including Fun, Gracie Mansion, Patrick Fox, Pat Hearn, CashNewhouse, Wolff, Piezo Electric, Debra Sharpe, Virtual/ Garrison, Nature Morte, Dana Garet, PPOW and Civilian Warfare. Many of these small places have tidied up since their grubby early days, so the elegant space of the uptown gallery no longer seems de luxe as a background for their transported art. Nor does the art itself seem ill at ease in its new surroundings; though to be sure, it is probably closer to the spirit of this, shall we say lighthearted, establishment than to most others on 57th Street. But why the show at all? ”They want recognition,” says Holly Solomon, who plans in the future to do ”dual exhibitions” of certain artists with East Village galleries. ”They do a show, then other galleries raid them and take their artists away. Also, many of the East Village artists have been influenced by those in our stable, some of whom have even been their teachers in art school. It’s a natural connection.’‘ [Grace Glueck on the East Village Show at Holly Solomon]

DC: I want to ask about your role in the ’80s. I think the idea of a painter as a thinker, writer, and theorist came as a real shock to viewers, who were used to painters being only semi-articulate about their aims.
PH: Well, I’ve never quite been able to figure out how my role as a writer fit in. Even today it concerns me that more artists haven’t done more writing. Maybe an artist writing just doesn’t make sense anymore. However, when I was a student in the mid-’70s, I was thinking about people like Smithson, Judd, and Robert Morris—all of whom wrote. Not long after I came to New York in 1980, I was introduced to Jeffrey Deitch, then a young guy who worked as an art adviser at Citibank. He had just published an article in Arts Magazine, and I wrote him a note saying, “I really liked your piece, but I disagreed with what you said about such and such.” He sent me back a postcard saying, “Peter, that’s great. You should do some writing.” That gave me the idea, and during the next couple years, since it didn’t seem likely that I’d be able to show my work at that time, I began to write. The only person at any of the art magazines who actually read unsolicited manuscripts was Richard Martin at Arts. When he got my first piece, on Robert Smithson, Colab, and New Wave music, he immediately published it. After that, he published everything I sent him. If that hadn’t happened, I would not have become a published writer, I’m almost certain.
DC: I remember distinctly the very powerful impact that it had in the art world once you began writing about abstraction and geometry, and once your texts could be understood as somehow forming a manifesto for the paintings. People were excited by the notion that someone would use their texts as a wedge to state their ideas and validate the artwork itself.
PH: Well, I wasn’t exactly aware of it that way. “The Crisis in Geometry” was published in ’84, at a time when I hadn’t really shown any work. A lot of the texts contain attacks on traditional liberal humanism, with a special emphasis on anything to do with spirituality. I still feel a bit self-conscious about it, because it also meant an attack on what was a truism in the New York art world: that abstract painting was uplifting, or that art could be spiritual. It was a broad attack on dearly held values, but I thought it was needed.
All the French authors I was reading then were, for me, fuel with which to build that fire. My introduction to that French critical writing also burst a lot of my assumptions, as somebody who had been schooled in liberal humanism. [Dan Cameron and Peter Halley on the East Village Scene]

“Which is to say, Performance Space New York is adapted to the city’s art world as it has become: a high-production-value outpost of a global intellectual-aesthetic marketplace, not a bohemian semi-abandoned escape-from-capitalism hole in the wall. But it’s also, as the art world has been in general, striving to be a more self-consciously inclusive place (the Lower East Side Girls Club also did a performance). Not long ago, I complained to Simon Castets, the director of The Swiss Institute, another interesting arts nonprofit which is soon moving nearby, into a former Chase bank on St. Marks Place, that there was nothing much going on in the East Village anymore, and he reproved me: What about the Poetry Project, and Anthology Film Archive, Danspace Project and La MaMa Etc? He’s right, of course; they soldier on. Meanwhile, on East Sixth, the Brant Foundation is renovating the former Walter De Maria studio, a former ConEd substation, polishing it up with some public programming in mind. The new Performance Space will only add to that tradition; I’m sure I’ll go more than I ever did to PS122 (which wasn’t all that often, honestly.) So maybe the East Village can continue to be an important place to show and see new art. Artists just can’t afford to actually live here.
Claude Wampler, the artist who happened to be seated next to me (I confess I had to look her up: she once did a show at the Andy Warhol Museum which “was lit with forensic UV light fixtures that allow human semen ejaculate to be visible to the eye” which she’d “curated” and carefully placed throughout the museum; the regular lights were turned out, and visitors could wander around and spot the semen while they listened to dialogues from Andy Warhol’s audiotapes) left New York some years back to teach at the University of Virginia. Sometimes she brings her students up to New York, but mostly, she says, they can’t imagine living here and trying to make work, and move instead to Detroit, or Nashville.” [Carl Swanson on the New East Village]

Painters Reply - A Reboot I 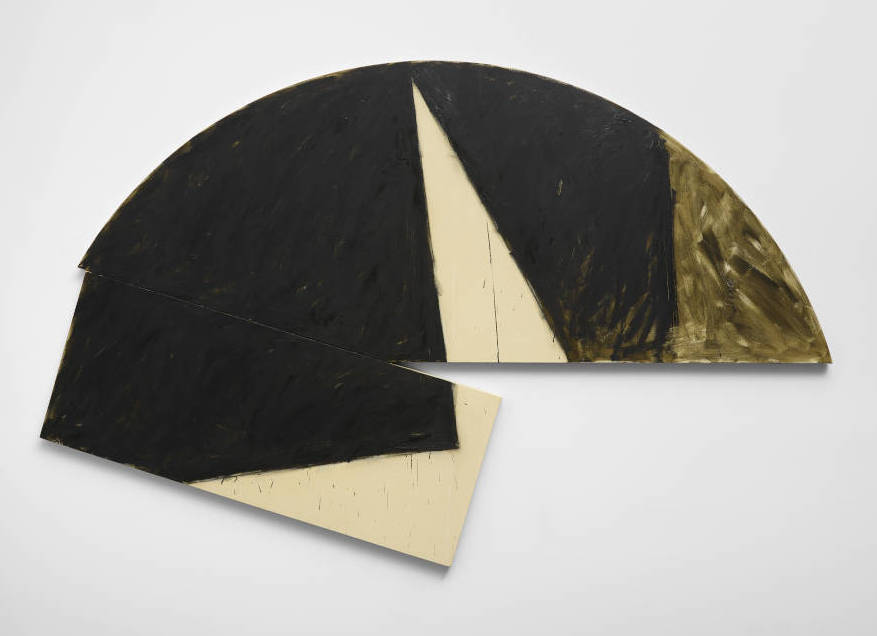 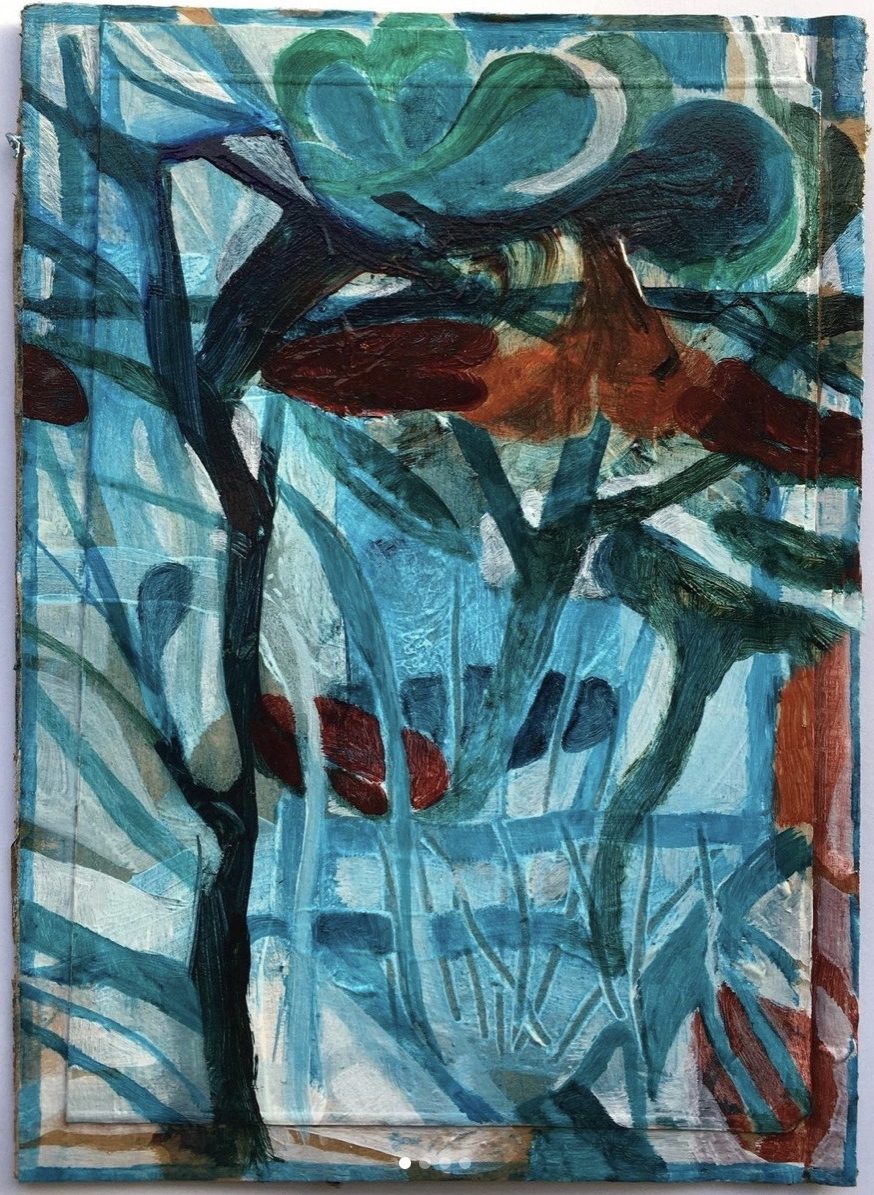 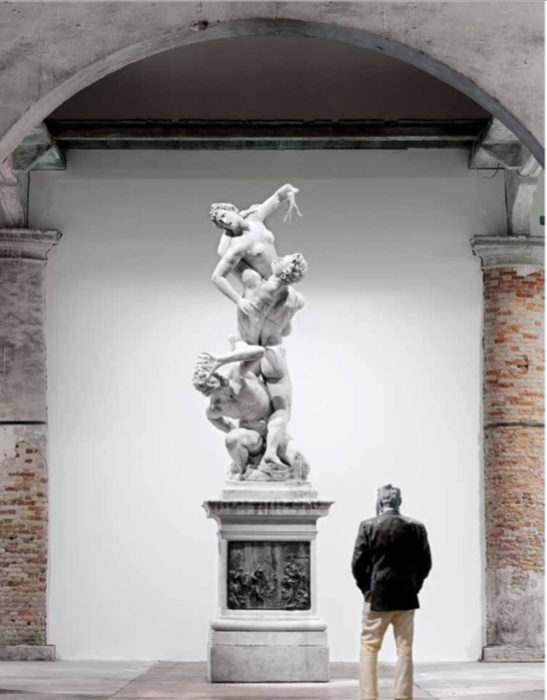