“Art photographs are often described as having an “in-between” quality—the idea being that there are invisible moments between objects or events that a well-executed photo makes visible. But there’s nothing in-between about Woodman’s photography. She’s inside or out. The ambiguity of place is resolved by the photo’s internal drama. In one notable outdoor example, she’s entwined among, and gently resisting, a soft tangle of riverine cypress roots. In another, she’s playfully restrained by birch bark cupped around willingly surrendered arms. These are beautifully composed photos—perhaps too beautiful. They breathe a little too easily, and the tension feels whisked away before it’s allowed to settle in and simmer. Inside, though, the energy becomes more palpable and effectual. Woodman’s indoor shots invest the crises at hand with the uncompromising hardness of walls, corners, and floors. Placed in a decaying home, she becomes disjointed, emotionally and physically feral, and periodically restrained, crawling, lurching, spinning and leaping in response to something that her eyes, which very rarely meet ours, hunger to understand.” [James McWilliams on Francesca Woodman]

Taken between 1972 and 1981, Woodman’s photographs are almost all black-and-white and have a general softness of focus not often seen these days. They depict a world almost identical to the one captured by earlier generations of photographers, as if Woodman’s camera were a filter through which the neon clutter of contemporary life could not pass. Some of these images have the polished smoothness of Surrealist photographs, like those of Man Ray and Hans Bellmer, in which precisely-rendered objects are arranged so deliberately it seems the slightest movement would alter the meaning entirely. (Fluent in Italian, Woodman spent her junior year in Rome, where she paid frequent visits to the Libreria Maldoror, a bookshop-gallery that specialized in work about and by Surrealists, and which ultimately hosted her first small show.) She makes use of many Surrealist motifs, among them mirrors, gloves, birds, and bowls. Like Magritte, she often shrouds her subjects in white sheets…
But what accounts for the current wave of interest in Woodman? Why do young artists in particular consider her a “rock star,” as one photography professor puts it in The Woodmans? A note Woodman wrote on the edge of an early print perhaps provides a clue: “There is the paper and then there is the person.” Self-portraits, once a challenge, are now the easiest kind of image to produce. We just face our laptop and it snaps a picture or records a video. In this position, taking photographs feels exactly like not taking photographs, and being recorded is just like being: we sit back, or type, or wander away. We are increasingly unable to register the creation of an image as a particular, contingent event, and many of the pictures we see are as unmemorable as the circumstances in which they were created.” [Elizabeth Gumport on Francesca Woodman]

“Owing something perhaps to the early visual style of Man Ray and bearing interesting parallels with the oeuvre of self-portraitist Cindy Sherman, Woodman’s work is separated from that of her contemporaries by its “funny ha ha” melancholia and the constant sensation of some sinister undertone that runs through her photographic corpus. Many of these photographs from the 1970s and early 1980s feel as if they could be still shots from Michael Haneke’s superb 2009 film The White Ribbon: they have that same feeling of latent catastrophe and ongoing decay and possess the same ahistoricism, the sense of being somehow outside history.
In one of her Rhode Island photographs, Woodman experimented with the idea of sustained movement on a still camera (with a very long exposure) diluting the human form, much in the same way as Jacques-Henri Lartigue did in his early photographs. The resulting image is profoundly haunting: it shows a form in a terrifying frenzy, barely human in its abstraction, seemingly split in two. A much later work taken at the MacDowell Colony in New Hampshire shows Woodman with her hands bound in tree bark, as if somehow imprisoned by nature against her will.
Her use of surrealist motifs offers another side to Woodman’s work, in such playful, technically intriguing photographs like the self-portrait in which she appears half beyond and half within a large folding series of wooden window shutters, a hand leaning teasingly over the edge of the panelled wood.” [Lucian Robinson on Francesca Woodman] 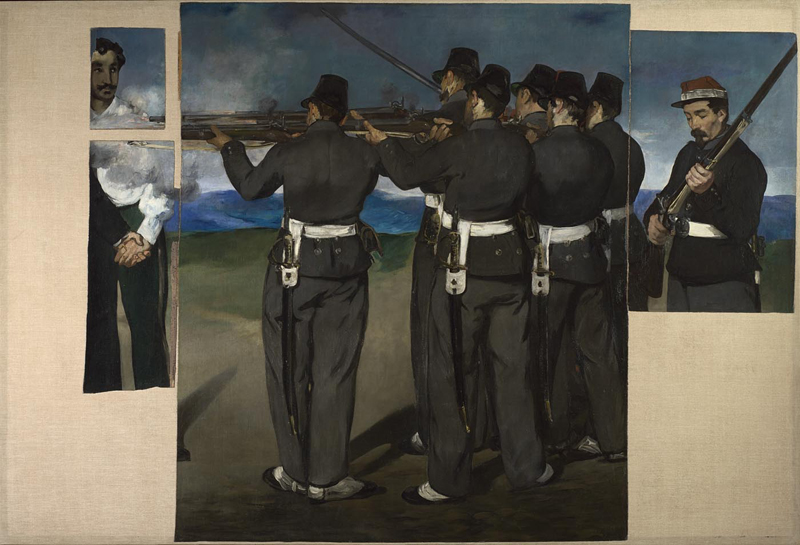 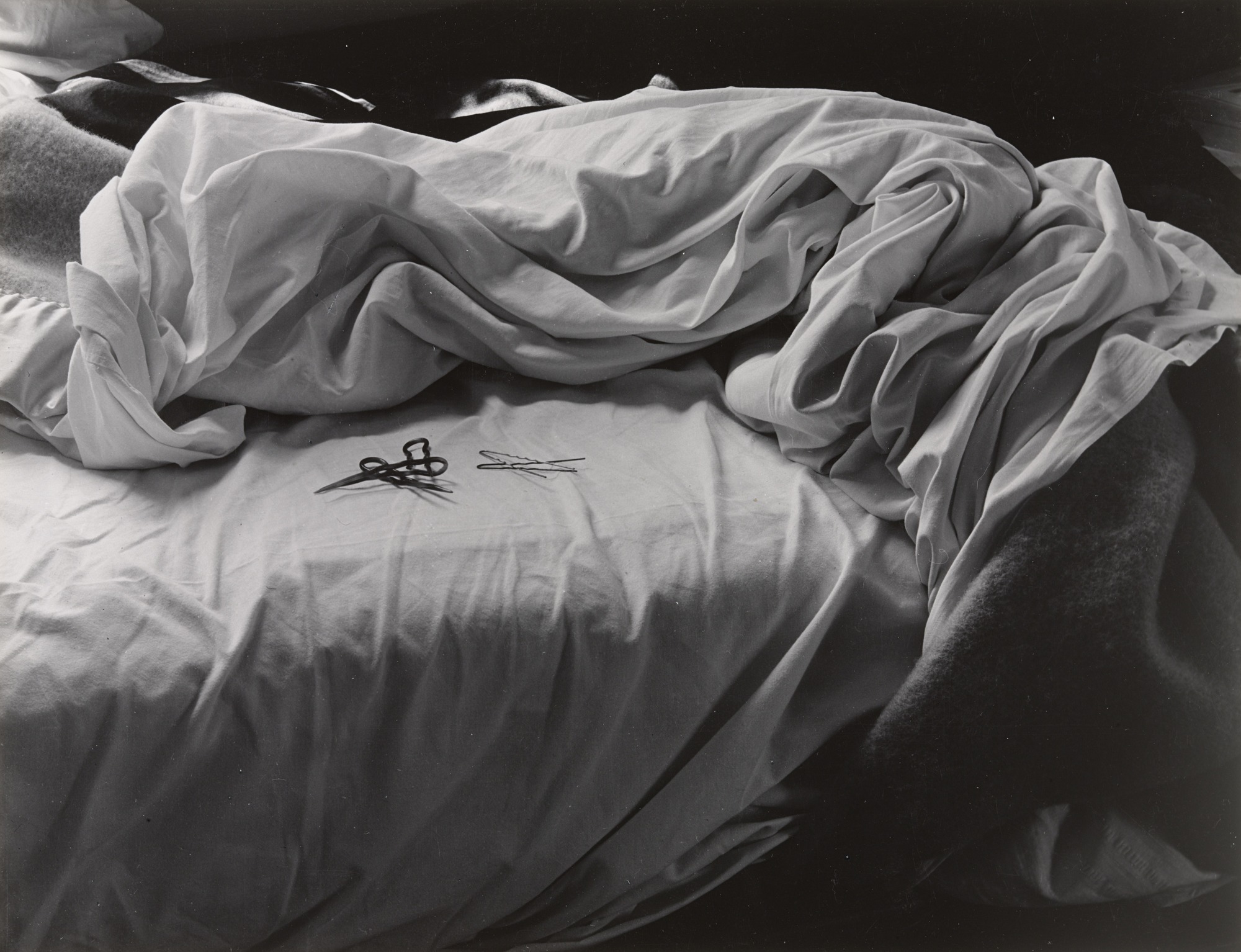 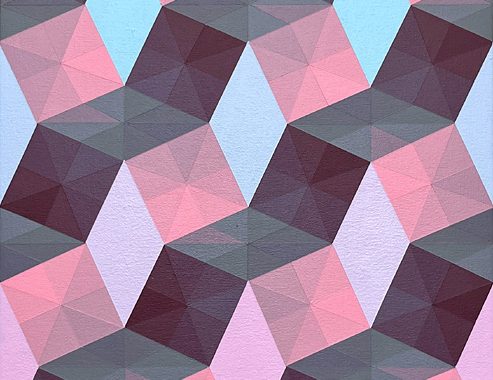