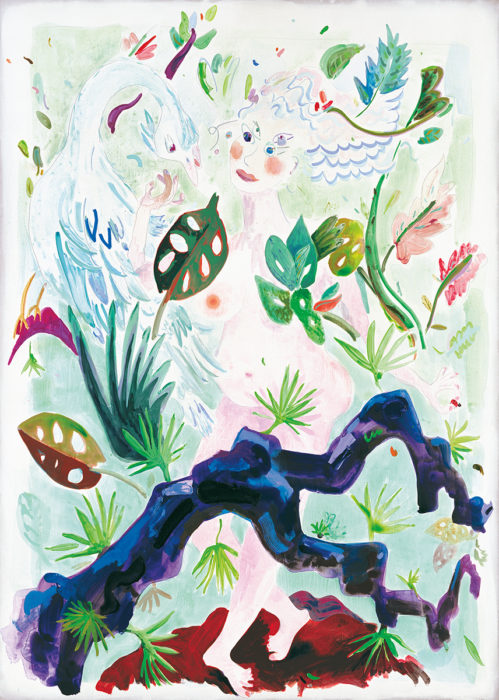 “There is another factor militating against noncomposition… [all four painters] are working at a moment when technological changes are dramatically reconfiguring and arguably devastating the subject, when the “personal” is largely a function of how we self-advertise on social media, and when scanned fingerprints are about to replace PINS (our memories bypassed, our bodies finally become machines for buying). Adopting chance or systematic procedures associated with noncomposition could today be seen as replicating the manner in which complex algorithms present and predict information, a submission to the rule of technology…. subjective compositional procedures have a contemporary urgency but are reinstated in new ways. The painter, though constantly making considered decisions during composition, is never quite transparent to herself and never, therefore, quite transparent to her viewer.
All describe the procedure of beginning a work as a confrontation—they speak of being in front of a blank canvas, of facing the vertiginous uncertainty of just starting off. Once they begin, the process is one of constant accumulation and “violation,” “compulsive undoing,” “sabotage,” transgression, and so on. They are all well aware that the notion of the painting as a “living thing” has previously been dismissed as an absurd, romantic cliché, but nevertheless say that they get to a point where the painting begins to appear to them as an entity that makes calls on them, that might irritate them, surprise them, confuse them. Von Heyl is clearest: “I don’t want to make the painting, I want the painting to invent itself and surprise me.” [Mark Godfrey on Jacqueline Humphreys, Laura Owens, Amy Sillman and Charline von Heyl]

Historically speaking painting has never been pure, if “pure painting” implies a homogeneous medium. In antiquity, Horace introduced his famous dictum ut pictura poesis, which sets painting in close relation to poetry. Later, painters of the seventeenth century used the camera obscure to refine their painting techniques. Andy meaningful discussion of painting as a medium requires a conception of media as intrinsically heterogeneous. Yet this fundamental hybridity is denied, with special vehemence, by modernist theories of painting. Clement Greenberg was the leading champion of the idea that art is defined by the “essence of [its] medium,” as though the medium dictated the rhythm of the artwork, as though certain qualities were inherent to it. He regarded painting in particular as characterized by “essential norms or conventions” that, he believed, works of art needed to engage with. But if the privilege he accorded the medium as a frame of reference has come to seem highly questionable in the light of the much-debated dissolution of the boundaries between the arts since the 1960s, the same is doubly true of the essence he described it as passing. Even in painting itself, the trend toward expanded and conceptual practices has been undeniable, practices that have drawn on a wide variety of formats (photography, sculpture, text, performance, etc.) to bring about an unmistakable impurity and extension of the medium that threatens it’s alleged essence. [Isabelle Graw on The Knowledge of Painting]

This brings us to the question of what happens when we, as embodied subjects, view these paintings. It seems clear that these artists recognize the changing conditions of perception and subjectivity in the world of digital spectacle, and hold out against this regime’s vitiation of corporeal experience. Humphries, Owens, Sillman, and von Heyl are not particularly preoccupied with the effects of techno-culture on the life of images, as, for example, Wade Guyton is, with his attention to the change in appearance and materiality of an image between computer screen, printout, and catalogue page. Their concern is with the effect of technological shifts on our lives. They recognize the way these shifts alter our sense of space and scale, our capacity for attention, our anxiety level as our iPhones keep us constantly at work. Acknowledging all this, they challenge us to look carefully and slowly, insisting on the works’ physical presence and on the real differences among layers on the surface of canvas, and restoring to us a sense of our human scale as we encounter the paintings within real, not virtual, space. [Mark Godfrey on Jacqueline Humphreys, Laura Owens, Amy Sillman and Charline von Heyl] 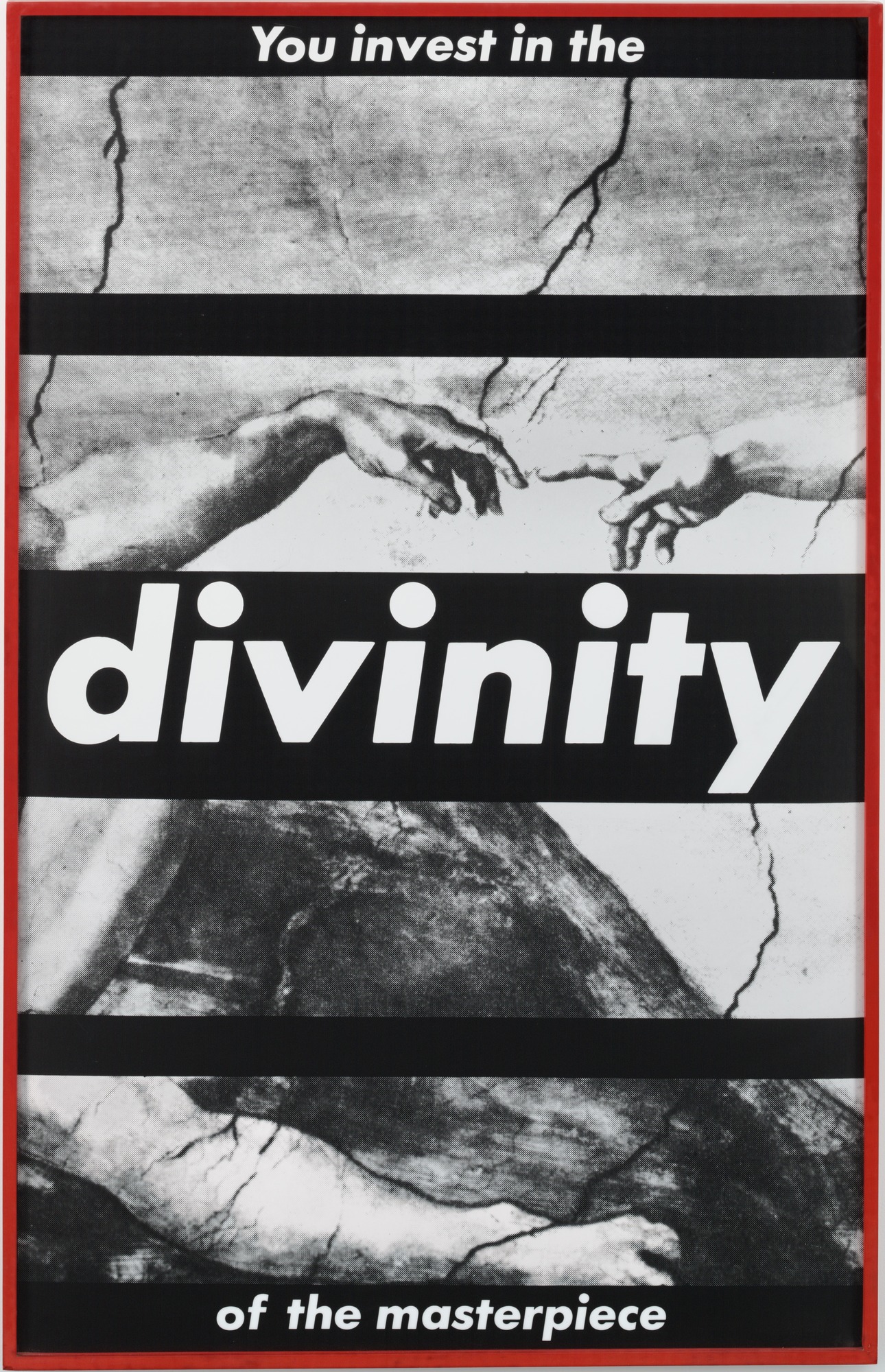 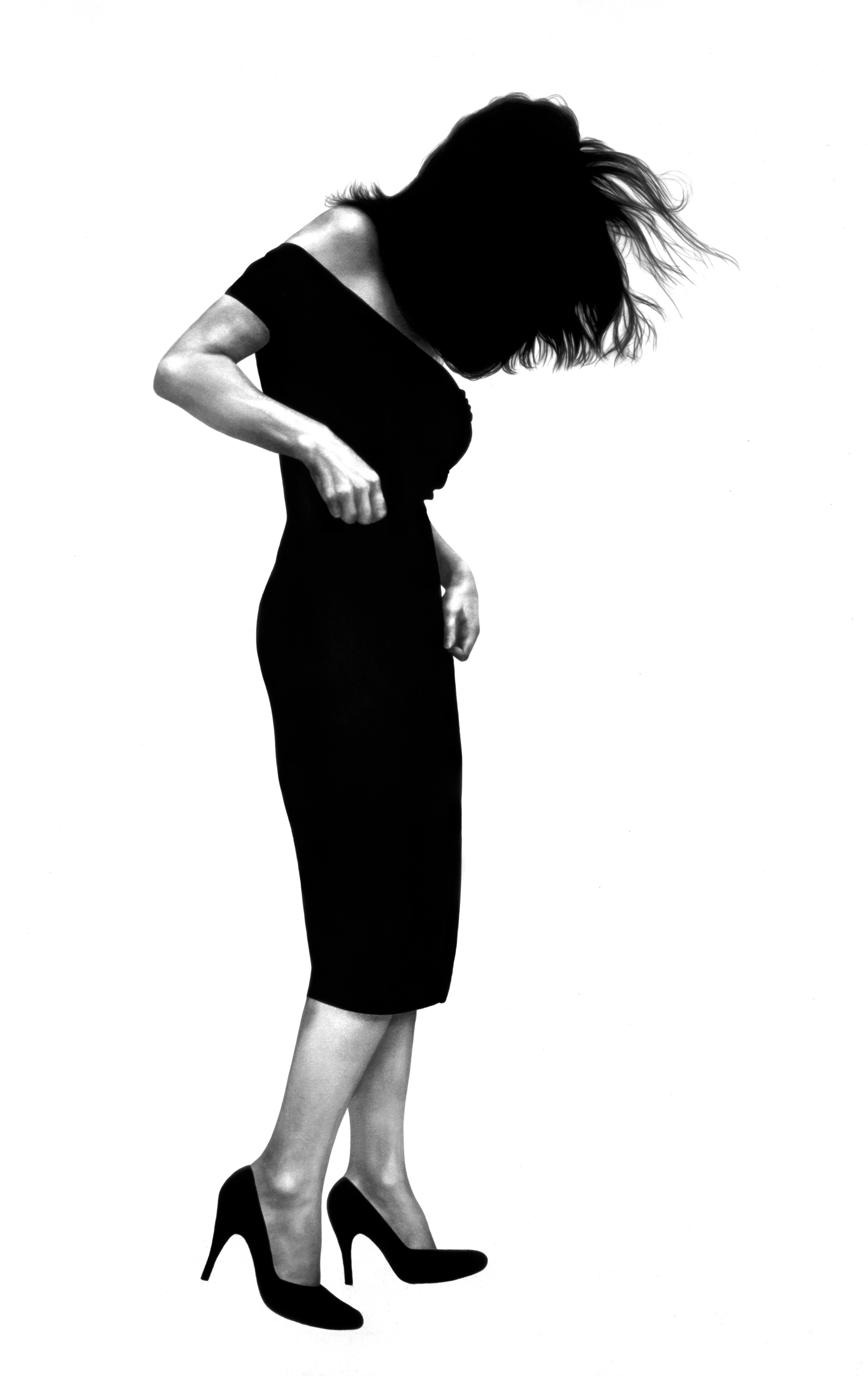 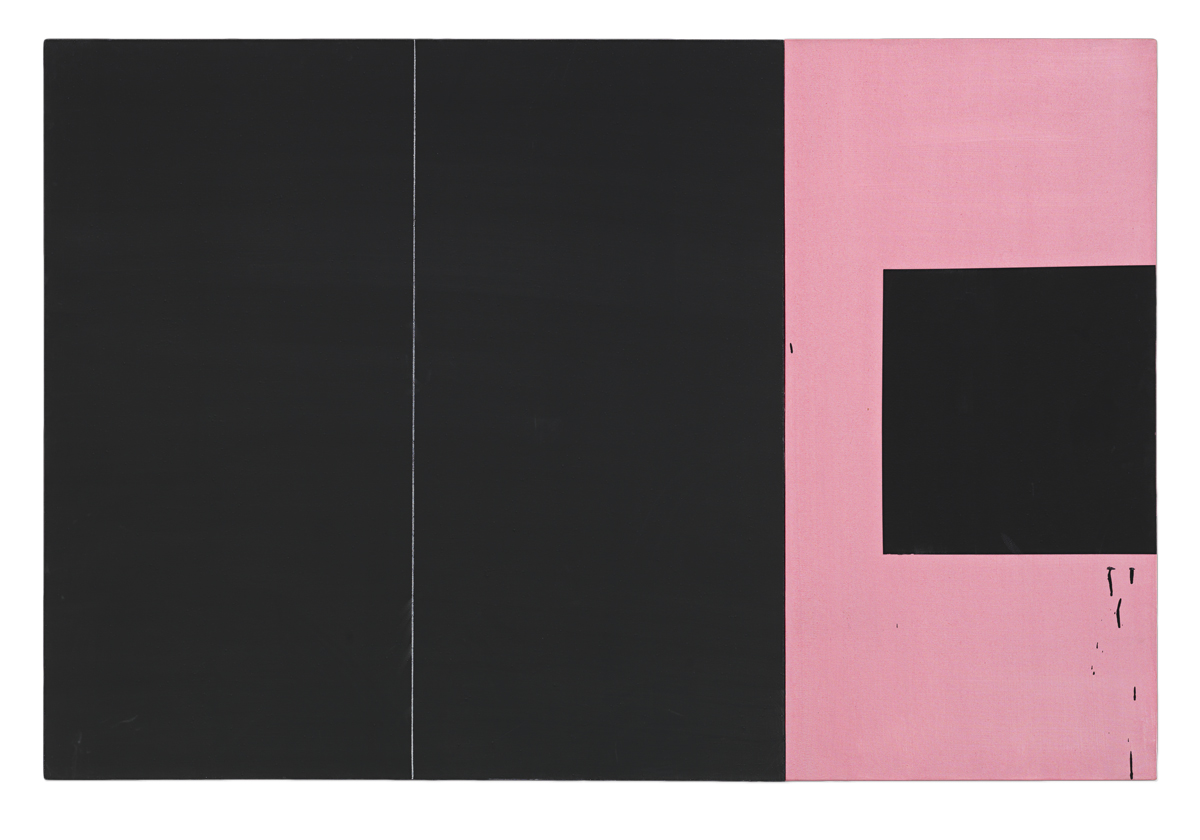