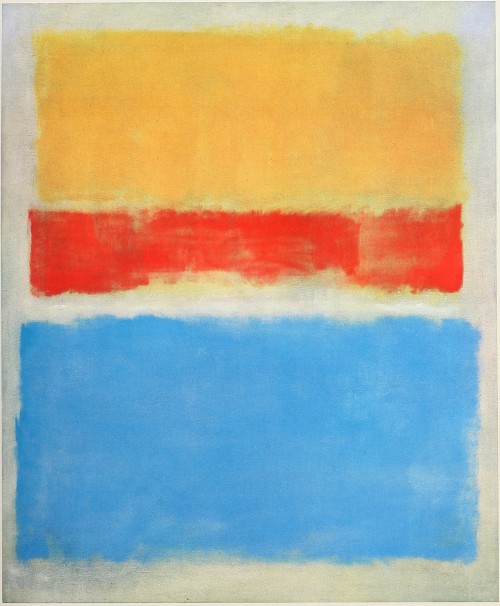 “I’m interested only in expressing basic human emotions — tragedy, ecstasy, doom, and so on — and the fact that lots of people break down and cry when confronted with my pictures shows that I communicate those basic human emotions… The people who weep before my pictures are having the same religious experience I had when I painted them. And if you, as you say, are moved only by their color relationships, then you miss the point!” [Mark Rothko in conversation with Seldon Rodman]

“Two main stories competed in the fifties to explain the significance of Abstract Expressionism. One was nationalist, asserting native values of freedom and energy, as if America herself made the works. The other, Greenberg’s, posited an inevitability of formal development in painting, through progressive styles that were ever more attuned to the medium’s material givens of flatness and pigmentation and ever more averse to any sort of reference or illusion. Both tales ran aground in the sixties, when the New York School’s big painting became the chassis for Warhol’s Marilyns and Elvises, and its frank uses of paint informed the taciturn object-making of minimalism. Then those movements, too, disintegrated, and it’s been pretty much one damn thing after another ever since.” [Peter Schjeldahl on AbEx]

“What I find fascinating about the 1940s is that as much as we recognize the mature styles of painters like Jackson Pollock, Barnett Newman and Rothko, back then they are all working in the same mode,” Mr. Herman said. “They were playing with the Surrealist mode coming out of Europe, and influenced by people like Arshile Gorky in their use of organic shapes. But at the end of the road, they all ended up in a different place.” [Ted Loos on Rothko’s color]

“It was resonant but obstinately vague. It could be awesomely beautiful (Rothko’s best paintings are some of the most beautiful paintings by an American artist), but beauty can attach itself to the sublime (Titian, Rembrandt) or to the merely decorative, and Rothko’s pictures have always looked alarmingly good hanging over sofas in Upper East Side apartments.
We forget how many New York School painters ended up facing this problem. Motherwell, Still, Newman, Gottlieb: they all invented trademark styles, apocalyptically symbolic but formulaically repeated, which became the stuff of corporate lobbies. A painter like Guston seems all the more remarkable in the context of this generation for having abandoned, against everyone’s advice, what had made him identifiable. I suspect he was just trying to keep himself alive as an artist.” [Michael Kimmelman on Rothko] 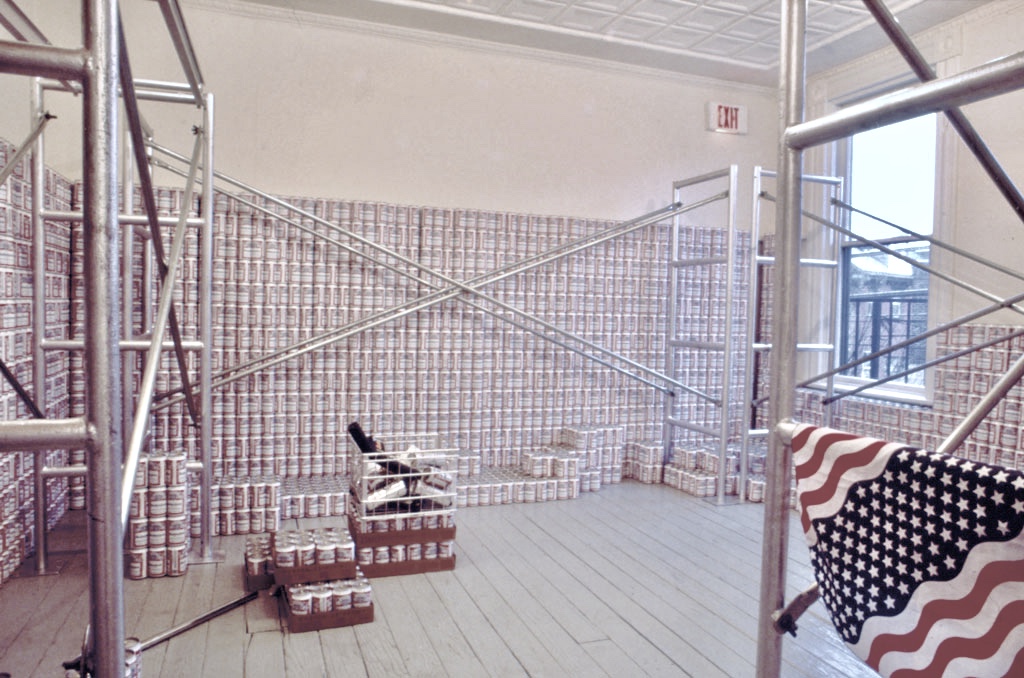