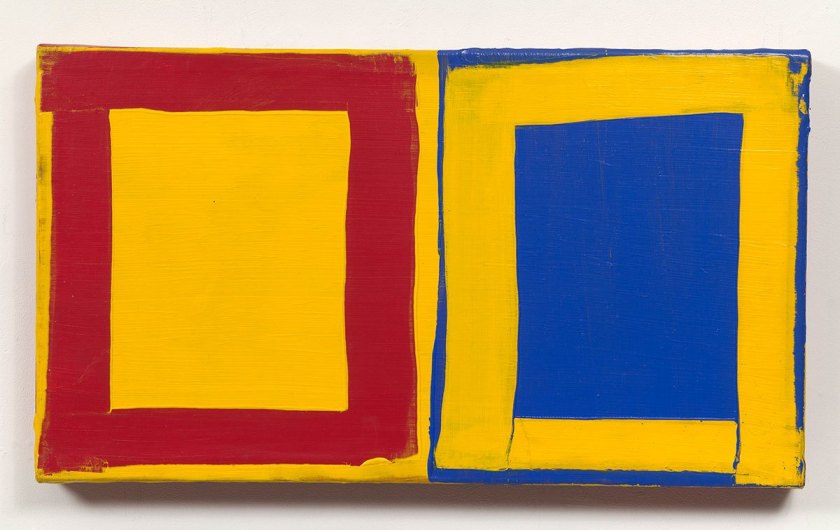 “These works share the characteristics of a substantial, handmade, glazed ceramic piece. The sides of the canvases are painted, calling attention to the depth of the support, recalling a slab or tile. Across the surface, paint has been scraped and squeegeed. Take, for example, First Three For Two: Red, Yellow, Blue (1975). Two rectangular areas are stacked, a red band follows the outside edge of a yellow rectangle above, and a yellow band does the same over a blue rectangle below. The bands in both cases are scraped over the paint beneath, revealing that first color. Further layers of paint are applied later and removed by squeegeeing off the excess, the smears and knobs of paint resembling beautiful missteps. The layers, one breaking through to the other, read as transparencies. The effect recalls ceramic glazing, as do the simplicity and directness of the configurations, limited here by choice rather than technical requirement. Frequently, compositions are refitted and retried at different sizes, like Davis Sliding Square (1978) and The Ghost Square (1976), both of which feature a blue rectangle and square against yellow. In the latter work, the “ghost square” of the title is formed by a yellow plane overlapping a blue rectangle, leaving a square section exposed.” [David Rhodes on Mary Heilmann]

“Between 1974 and 1979, Heilmann made over 50 works using a combination of red, yellow, and blue. Either square or rectangular in format, the paintings were constructed by laying down (mostly) opaque layers of paint and then scraping away one layer from another by use of a squeegee, as in Little Three for Two: Red, Yellow, Blue (1976), or exposing under layers by peeling away tape. The self-referential, process-revealing paintings were thus “built”. As Heilmann explains, “I wasn’t really thinking about painting. I was thinking about structures.” [DXI Magazine on Mary Heilmann]

Were you thinking about Mondrian when you made the RYB paintings that are being shown at Craig Starr? Yes, in fact I even made a painting titled “Little Mondrian,” but it’s not in the show. I found out about him when reading art books as a kid, with the family. I was interested in both his use of color and geometry—the grid.
What’s happening inside the frame with these red, yellow, blue paintings? They are often geometric structures that are layered. It’s the kind of thing that you could look at and see how it is made—what came first and what came second—and that’s a big part of the content of that work.
Are they more about process? They are about process. Some of them are made with masking tape and layers, while other are made by scraping—taking top layers away.
Some of them are diptychs, which is common to your practice. What’s your fascination with pairing and joining up canvases? I guess opening up and including the architecture of the room as part of the content of the piece. [Paul Laster in conversation with Mary Heilmann] 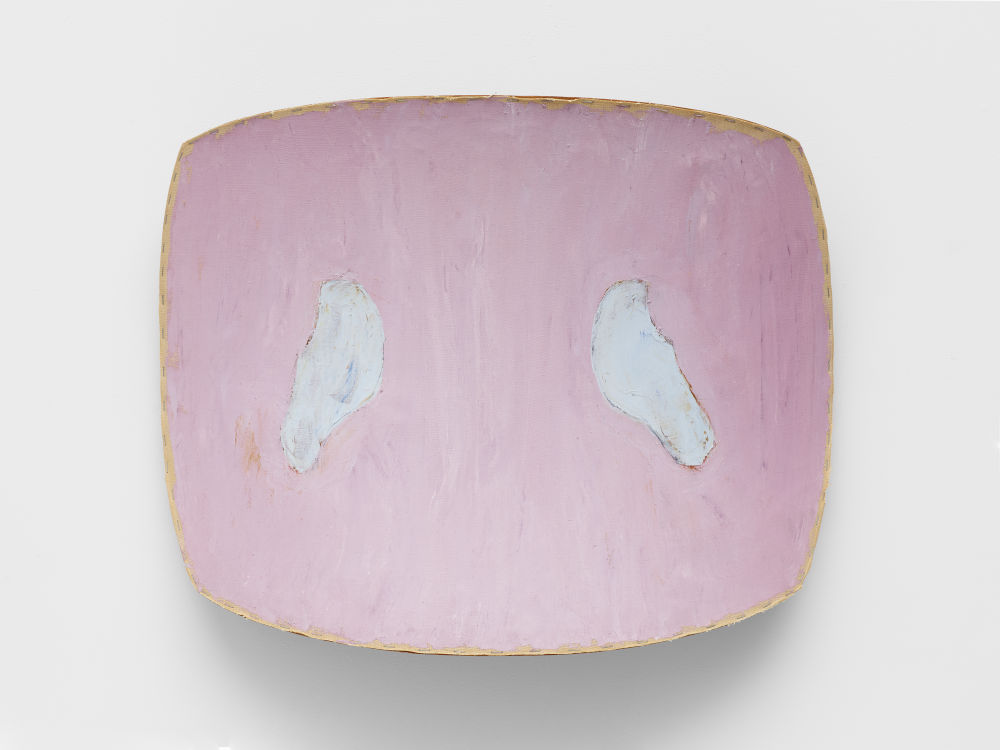 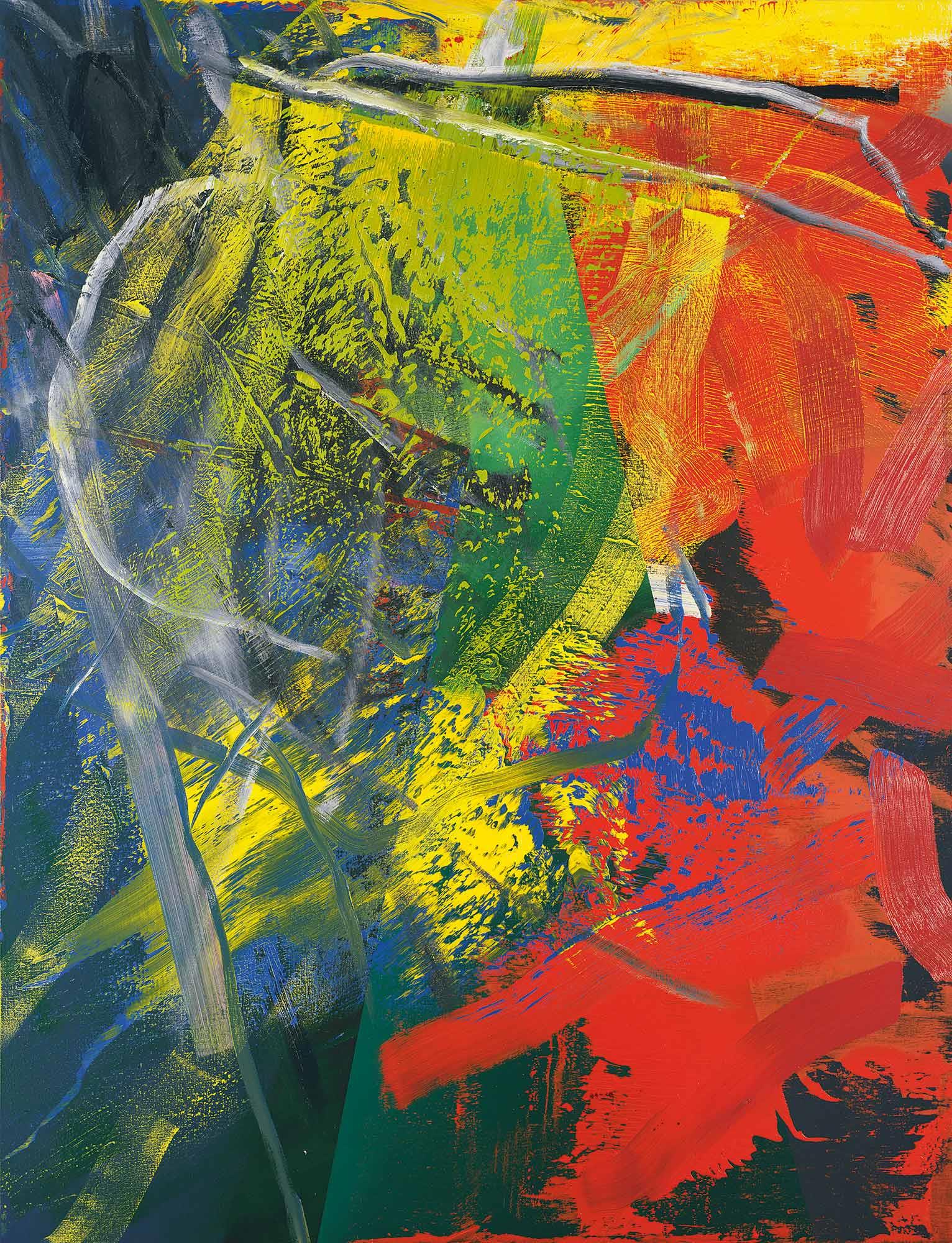