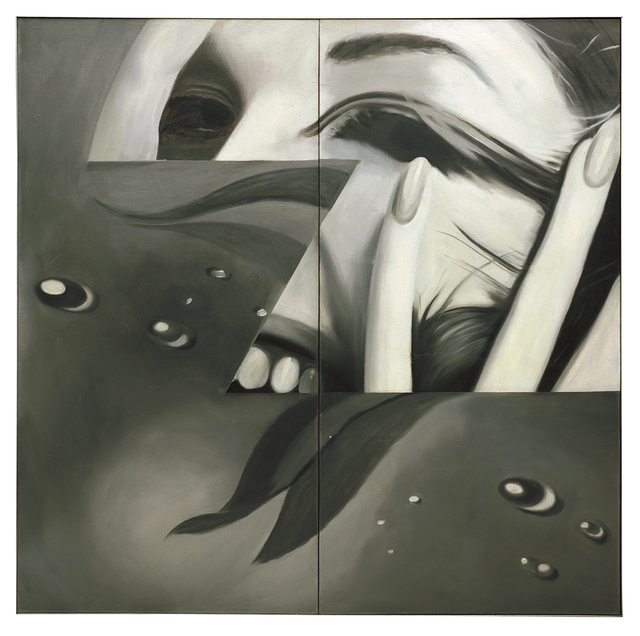 “It seems like every artist looks for his own—his or her own space. Their own ground-breaking places and it seemed then that the latest rage was French non-objective painting. And as I understand it—French non-object painting—there’s no meaning, except pure color and it’s supposed to be pure color and pure form. Well in the attempts at doing these non-objective paintings—which had vestiges of leftover cubism, or whatever—things would appear, unconsciously. I saw an exhibition at the Howard Wise gallery on West 57th of this old artist whose teacher had been Hans Hoffman. And Hans Hoffman walked into the room. It was a winter day and Morris Kantor and Miles Forest were in the room. Old Hans came in with a “Snoopy hat” on with its earmuffs down and his hearing aid. He said to this man who had been his student, “What’s that there?” And he replied, “It’s winter solstice” or something like that. And Hans says, “looks like Popeye to me. Looks like Popeye sitting in a chair, see, see his head.” And there was Popeye. He had a pumpkin head, a stick body, big feet, hands, and it was supposed to be totally non-objective painting. Only colors. Feeling. And it embarrassed the man and from there onward that was Popeye. You could not eliminate that. So, the point is—my ambition at that time was to get below zero.” [James Rosenquist in conversation with Mary Ann Staniszewsk]

By the 1960s widescreen movie formats, the rise of television and the ubiquity of advertising had changed the importance of imagery in popular culture. A new technological age was dawning. James Rosenquist – a Times Square sign painter (back when that was a thing), was dealing with extreme close up imagery in his day job. The images he painted expanded beyond his ability to see them and it changed his relationship to the meaning of the images. And so he naturally began to use this kind of imagery in his paintings. The figures become the landscape – the genre changes – the processes leading to abstract painting don’t. In addition – photographic imagery of any and all subject matter are no longer meaningful images but “abstract” imagery – like stripes or strokes, geometric images or color fields. This wasn’t classic Modernism or even Clem’s Neo-Modern pure abstraction. Rosenquist begins to define a different kind of abstract painting for the emerging Postmodern Era.

“… so I was thinking that, because of painting outdoor pictures of commercial things, cigarettes and whiskey, anything, which meant totally, meant nothing to me except painting of color and form, how could I introduce imagery back into non-objective painting — which meant that I was painting — what I meant was absolutely nothing, but there it was right in front of your face. So that’s what I was trying to do. So I did a painting with a front of a ’50 Ford in a field of spaghetti and two people whispering to each other, and then some other pictures.” [James McElhinney in conversation with James Rosenquist] 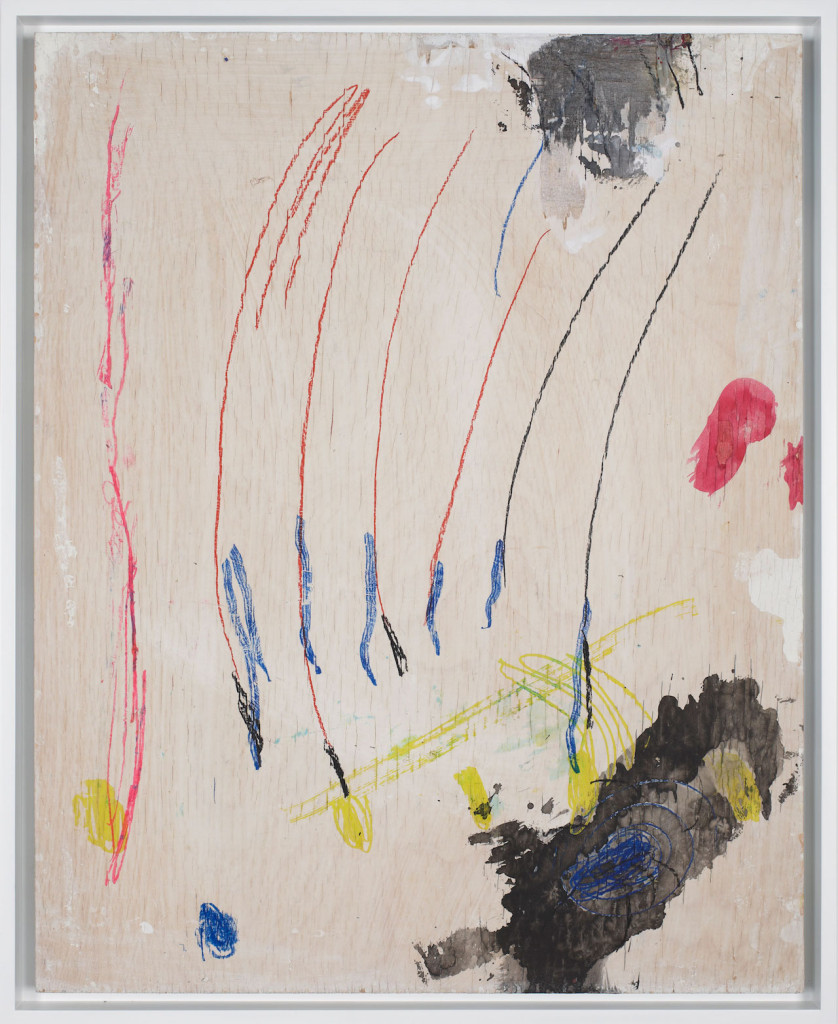 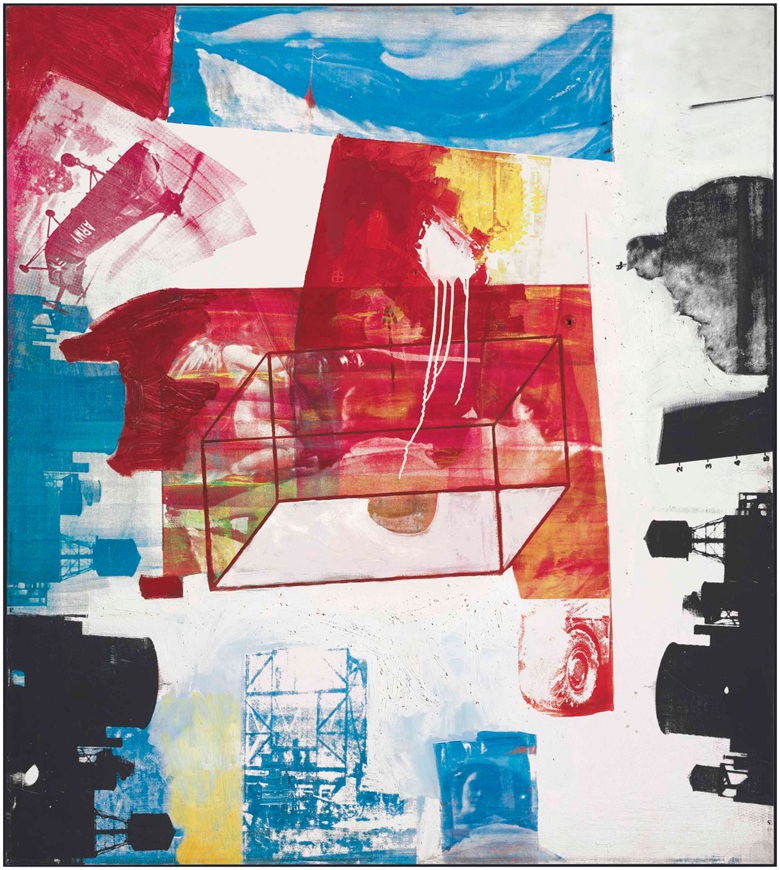 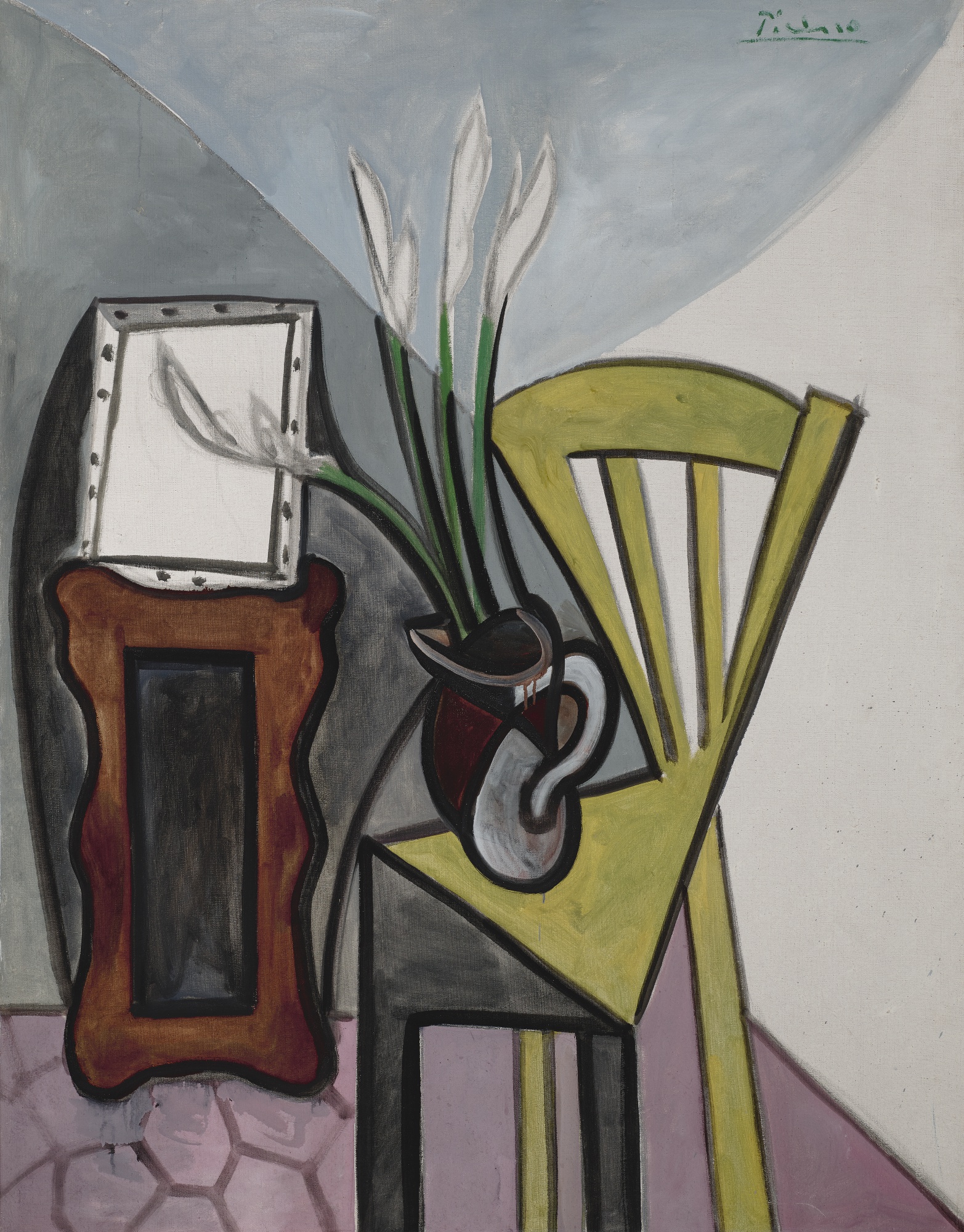